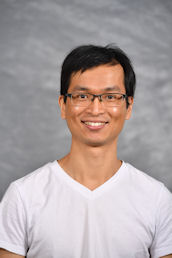 Chunde comes from China where he got his bachelor degree (Software Engineering) and master degree (Computer Science) from Xiamen University, his major research was computer vision and machine learning. He worked as a professional software engineer for three years with experience on embed system framework development (C++ middleware for Android OS), smart traffic surveillance (object detection and tracking) and distribute system (Content Distribution Network). He started his pursuit of Ph. D in physics in 2013 at WSU.

Since 2015, he worked in professor Peter Engels's Group learning theory and experimental skills related to ultra-cold atom physics. He got the master’s degree in physics in 2016. In his master’s degree project, he developed a sophisticated software system that is able to manage and control multiple DMDs(digital micromirror device) to generate optical dipole potential with arbitrary intensity profile and phase map, as well as correct phase distortion due to imperfection of an optical setup.

At the beginning of Fall 2018, he switched from experimental physics to theoretical physics under the supervision of professor Forbes. His currently study focus on fermionic superfluid theories and their application, such as use the BCS and ASLDA (Asymmetric superfluid local density approximation) theories to quantum vortices structure and quantum FFLO States phase. He is also working on quantum friction methods that may be applied on simulation of fermionic many-body systems with thousands of wavefunctions, such methods can cool down the system and maintain orthogonal of these wave functions with significantly reduction of communication among computing nodes.